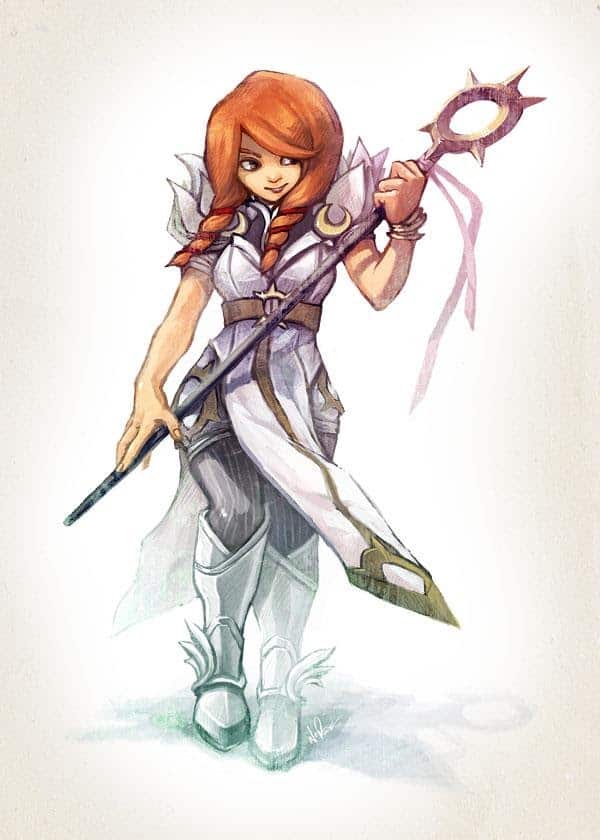 Clerics are the dedicated healers of most D&D adventure parties. Often, most people find themselves thrust into the Cleric class when they join a D&D game late, and the rest of the group has picked non-cleric characters. However, if you came to this guide to genuinely learn how to play a Cleric, good for you!

Below, we’ll focus on the process of making and playing a Gnome Cleric.

How to Make a Gnome Cleric

The first thing you need to do is to roll for your character stats. Assign the highest number you roll under the Wisdom ability score. As a Cleric, Wisdom is your spellcasting ability, so this is your most vital ability score. Make Constitution or Strength the second-highest ability score. Rock Gnomes make great Clerics because of the natural +1 to their Constitution score.

Choose a deity to follow. This deity can be of any alignment (good, neutral, or evil), but you don’t have to share the same alignment. Next, pick a Domain or subclass from the following Cleric subclasses:

Each domain offers exclusive spells and abilities. If you want to be the ultimate healer, choose the Life domain. If you want to be a battle-focused Cleric, follow a deity from the War domain. The Light Domain focuses on aggressive fiery magic.

Finally, design your character based on their personality and background. Clerics often come from an acolyte background, but you don’t need to follow this mold when you create your Gnome Cleric.

Acolyte is only the most optimal background, but you should feel free to take use a different background if that’s what you want.

How to Play a Gnome Cleric

Clerics are powerhouses. As the designated healer in the party, you can bring up your allies’ hit points faster than your foes cause harm to them. However, this doesn’t mean you should stick only to providing support.

You can also act as a protector or tank. Take the damage while your less durable allies return the damage done to you to your enemies. You can also use the following cantrips and spells to boost and protect allies or distract and damage enemies:

How to Roleplay as a Gnome Cleric

Gnomes are happy, outgoing, witty, and curious people. They often look to experience the most that they can in life. Some even grow to become tricksters—but not the malicious kind.

When you roleplay your character, think back to their character design. What kind of personality does your Gnome Cleric have? Are they whimsical but short-tempered or perhaps they’re quiet but brimming with humorous quips?

There’s no limit to how you imagine your Gnome Cleric. Try to take inspiration from your favorite characters in popular media and pop culture.