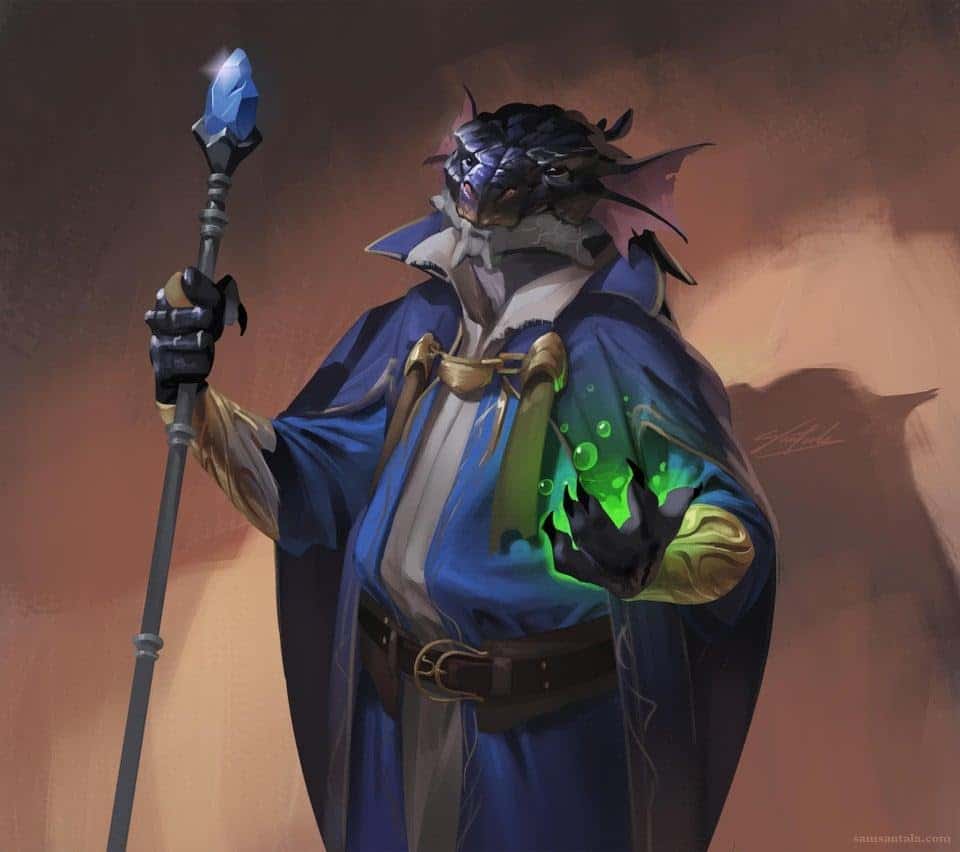 Do you want to roleplay a dragon-like character? If you ever wondered how it’d be like to have a D&D character with dragon-like qualities and abilities, then you’ll enjoy the Dragonborn race. Even better, become a powerful and key player in your adventuring group by taking up the Wizard class.

Keep reading to learn how to make and play as a Dragonborn Wizard.

How to Make a Dragonborn Wizard

Unlike Druids and Clerics, Wizards gather their magic from their knowledge and book smarts. They learn magic from studying and practicing it. Since magic is learned for Wizards, they use their Intelligence ability score for their spellcasting. When you roll your stats, make Intelligence the highest score.

Next, pick a subclass or Arcane Tradition among the available schools:

Each of these schools makes you adept at the type of magic that they focus on. For example, an Evocation Wizard is more adept at dealing damage to enemies while sparing their allies.

Finally, pick a dragon color for your character. The color of your Dragonborn will depend on the draconic ancestor from which you hail from. This ancestry gives you resistance to certain damage types and a unique breath weapon. For example, descendants of red dragons are resistant to fire damage and can exhale fire breath.

How to Play a Dragonborn Wizard

Speaking of breath, don’t forget to use your destructive draconic energy in combat as an extra weapon, too.

As a Wizard, you make a powerful spellcaster. You have access to the longest spell list compared to other classes. Make sure to keep a mix of damage and support spells in your repertoire. No matter what Arcane Tradition you use, some of the best Wizard cantrips and spells to have are:

Don’t worry about not having enough space on your character sheet. As Wizard, you should have a ton of spells at your disposal.

How to Roleplay as a Dragonborn Wizard

As a Wizard, you need not keep your character’s nose out of a book. Do you remember how varied and fleshed out the different characters in Hogwarts are? None of them are clones of each other (except for the Weasley twins, of course).

Do the same thing with your roleplaying. Imagine your character as one of the many unique characters in the D&D universe. You can add originality by using an accent. What accent do Dragonborns have? Well, that’s up to you!

Take inspiration from the personalities of characters in popular media. Another tip is to try to match your magic and personality.