Connoisseur of all things morbid and macabre, a School of Necromancy Wizard is a strong subclass that offers unique features and lots of roleplaying goodies. If you have a smallish party and need extra bodies for your battles, the Necromancer can boost your numbers by raising and commanding undead minions. They also possess life-sapping abilities that can regenerate their hp, making them a bit sturdier than your average wizard.

This feature is standard for all wizard subclasses in the PHB. It halves the amount of gold and time required to copy a particular school’s spell into a spellbook. But it benefits some schools more than others because some schools of magic have more spells. The School of Necromancy currently has only 38 spells between the PHB, TCoE, and XGtE, so this feature doesn’t save you as much as it would if you were a Transmutation (94 spells) or Evocation (101 spells) wizard.

Wizards’ biggest problem is their high squishability. So for a wizard, any feature that allows you to regain hit points is great, and as a Necromancy Wizard, this feature allows you to do so while using spells to mow down your foes. Any time you use a first level spell or higher and kill a creature with it, you’ll regain hit points. Combine this feature with an ongoing spell like Vampiric Touch, which also generates hp from spell damage, and you can sip on your enemies’ vital life force throughout combat, you creepy cur.

Any decent Necromancer should have at least a couple of undead minions at their beck and call, and this feature provides powerful boosts to your undead army. It increases by one the number of zombies or skeletons you can create with the Animate Dead spell, and it boosts your undead’s hp maximum and weapon damage rolls.

This feature gives School of Necromancy Wizards resistance to necrotic damage and ensures their hit point maximum cannot be reduced. Considering necrotic damage is the second most common spell damage type (tied with bludgeoning and radiant damage), resistance to this damage can be a lifesaver, especially if you’re targeted by highly damaging spells like Finger of Death, Symbol, or Abi-Dalzim’s Horrid Wilting. Plus, the iron-clad hit point maximum keeps you safe from the hp-max-reducing side effect of many undead creatures’ attacks.

I love the mental image of a necromancer charming the undead forces of an enemy and gaining them as allies. Unfortunately, this feature isn’t as powerful as you (or I) might imagine. While you can use it to bring an undead creature under your control, there are some limitations that effectively nerf this feature.

For one, the undead gets to make a Charisma saving throw. Your spell save DC is quite likely to charm your average zombie, but convincing higher level and more charismatic creatures like vampires will likely be challenging. And since you don’t get this feature until level 14, you’re likely fighting undead with higher ability scores. Additionally, the feature is less effective against intelligent undead. With only an 8 intelligence, the creature gets advantage against your spell save DC, and with a 12 intelligence, it can make a new saving throw every hour. For these reasons, this feature might have you micro-managing your undead to keep them in line more often than you are commanding a servile workforce.

Once they gain the Animate Dead spell, Necromancy Wizards have the power to turn a losing battle in your party’s favor. Battlefields are typically strewn with bodies, and the capability to turn corpses and piles of bones into allies for your party can increase both the number of targets an enemy has to choose from during their turn and the damage your party can inflict each round.

It’s a bit of a bummer that the highest level feature of the School of Necromancy, Command Undead, might lead to more disappointments than power moves. But as long as you use the feature strategically against the game’s mindless undead creatures, it will prove to be as serviceable as the school’s other features.

Mountain Dwarf – If you’re worried about dying before you even get a chance to raise your undead army, you might opt for a classically sturdy race. Mountain dwarves get +2 to both constitution and strength ability scores, resistance to poison damage and advantage on saving throws against poison, and some weapon proficiencies that might come in handy if you’re ever up close and personal during combat.

Vedalken – With boosts to mental stats (+2 intelligence and +1 wisdom), an additional skill and tool proficiency with a d4 boost to boot, underwater breathing, and advantage on intelligence, wisdom, and charisma saving throws, Vedalkens are an incredibly appealing race for a wizard.

Arcana – The bread and butter of a wizard’s skillset.

Religion – True Necromancy Wizards know religion is a potent tonic that can make the idea of death more palatable.

Resilient – I’m adding this feat here to counter the common belief that it is good for any type of wizard. True, adding your proficiency bonus to your constitution saving throws will inevitably help with concentration, which is a boon for casters. Still, it’s important to note that very few necromancy spells require concentration (only 28%), so if you have another feat you find appealing, as a Necromancy Wizard, you’d be forgiven for passing on Resilient.

Spell Sniper – Let’s face it, there are going to be times when your hoard of bone sacks is going to get in the way. Spell Sniper allows you to ignore an enemy’s half and three-quarters cover, even when that cover is your own zombie. Plus, you can extend your ranged attacks to keep your fragile self safely away from combat, and you can learn a damage-dealing cantrip.

Hermit – Considering necromancy is often the most taboo of all magics, it would make sense that someone interested in practicing such magic would isolate themselves from society’s prying eyes. This background also offers skill and tool proficiencies (Medicine, Religion, and Herbalism kits) that align well with a necromancer’s expertise.

Fighter – If you have sufficient strength or dexterity and don’t mind losing out on an additional ability score improvement and the 20th level Wizard feature, Signature Spell, then taking two levels in fighter could make you a beastly necromancer. For one, you’ll gain precious light and medium armor proficiencies to make you more sturdy. You’ll also gain a fighting style (Defense is great for boosting your AC) and the healing power of Second Wind. Best of all, with a second level in Fighter, you gain the Action Surge ability which allows you to use an additional action once in between short rests. Taking these levels after achieving 9 levels of Wizard would allow you to cast two 4th or 5th level spells in one turn, dealing massive amounts of damage and effectively creating your own graveyard from which you can raise more undead minions.

Would I recommend playing a Necromancy Wizard?

For those management-minded players who dream of commanding their own (undead) army, this is absolutely the class for you. For those of you who struggle to keep track of where you last put your keys, the oversight of multiple undead minions might be more overwhelming than it is thrilling. 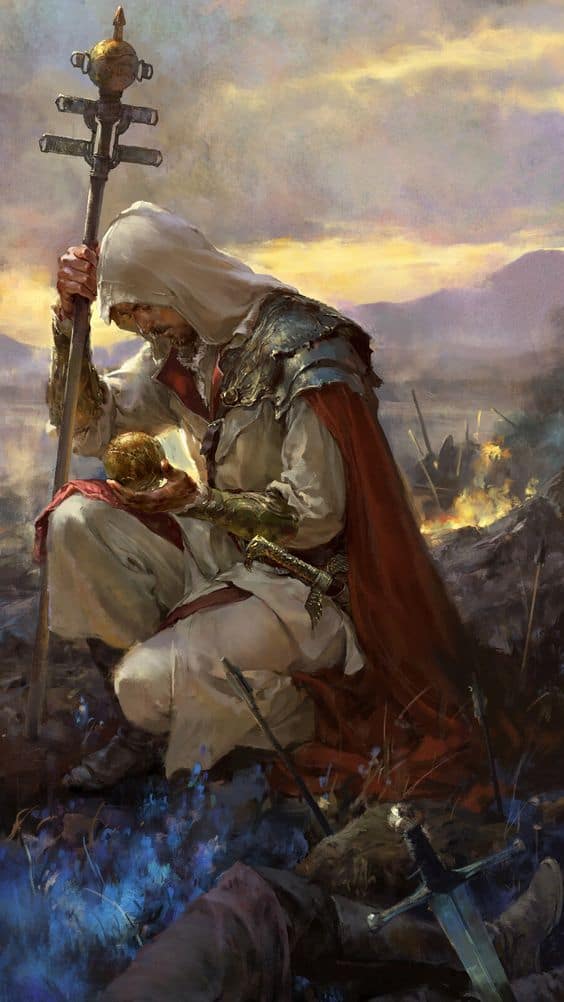 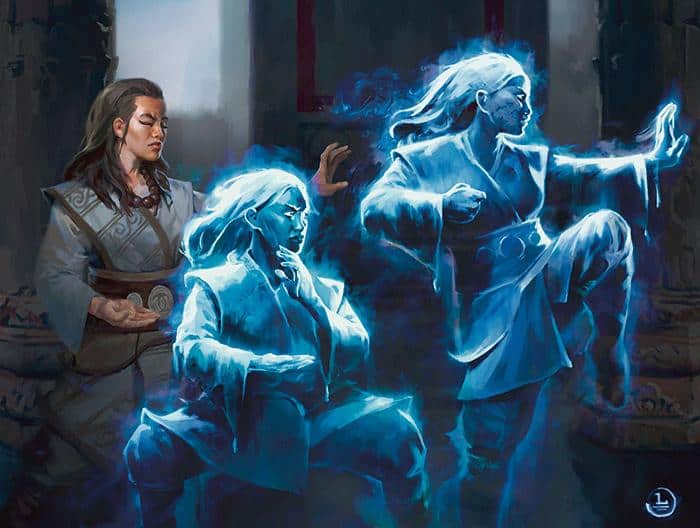 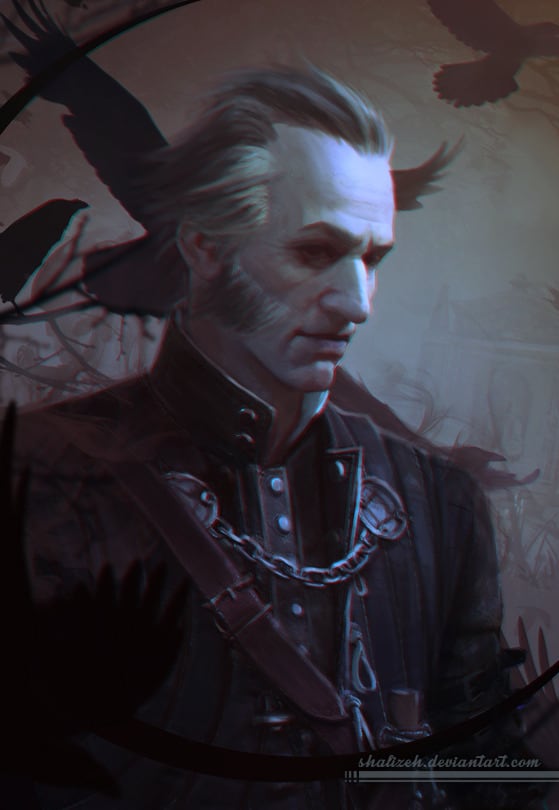 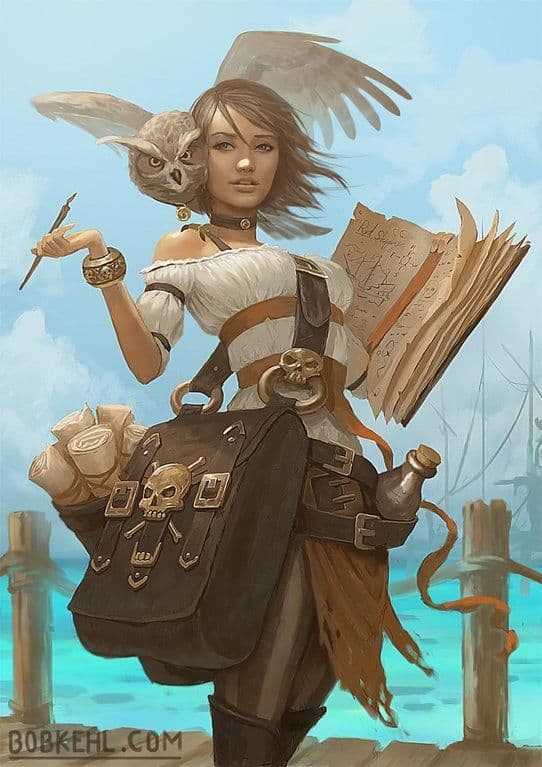