The premier magic user among Cleric subclasses, the Arcana Domain follows the study of magic as well as faith, combining them both to deadly effect.

A versatile caster that builds on the Cleric class with a list of abilities taken from the Wizard, the Arcana Domain is a powerful, flexible subclass that can be freely built for offense, defense, support, or everything in between.

The Arcana Cleric automatically adds the below spells to their spellbook, and always has them prepared.

Detect magic: Always available and able to be ritual cast, Detect Magic is a spell you’ll use again and again

Magic Weapon: You probably have better uses for your concentration, but if a party member desperately needs a magic weapon, for example, to hurt an enemy with resistance, you can give them one

Nystul’s Magic Aura: hides an item from magical scrying. You probably won’t ever cast this, but it’s free

Dispel Magic: Certain spells trivialize encounters. Dispel Magic against a caster can shut down everything they do. The spell is even more powerful for an Arcana Cleric because of their ability to strip any spells that do get through using Spell Breaker

Arcane Eye: Safe, ranged exploration. A permissive GM might let you map out entire dungeons using this spell, but seeing into the next room is normally good enough

Leomund’s Secret Chest: Another utility spell. Hide things on the Ethereal plane. Situational, with built-in risk, means you probably won’t use this often

Planar Binding: A costly material component and potentially making an extraplanar being hate you are the risks of casting this, but binding demons to your service is just so cool

Teleportation Circle: Free teleportation for the entire party to safe havens is incredible utility, but the slow cast time means this is non-emergency only

Arcane Initiate: Available at first level, Arcane Initiate allows you to choose two cantrips from the Wizard spell list, permanently learning them and making them count as Cleric spells for you.

This increases your cantrips known from 3 to 5, and the Wizard cantrips tend to be much better than Cleric equivalents. It’s recommended to pick up one cantrip for damage (for example, Firebolt) and one for utility (for example, Prestidigitation or Minor Illusion.)

Arcane Initiate also gives you proficiency in the Arcana skill, freeing you from having to spend one of your limited skill slots on this essential skill for the subclass.

Channel Divinity: Arcane Abjuration: This is the traditional Cleric ‘Turn’ ability, available at level 2, except it works on a massive list of creatures. (Celestials, Elementals, Fey, or Fiends.)

That’s a significant chunk of the monster list and essentially locks that creature out of doing anything that’s not running as fast away from you as possible. That’s an incredibly powerful ability and can win entire encounters solo if you can get it off on a key enemy. Though you need to be aware damaging the creature means it can act normally from then on.

Spell Breaker: When you hit level 6, healing a creature also lets you pick a spell effect that they are affected by and automatically end it, as long as the spell level is equal to or lower than the level of the healing spell you cast.

Potent Spellcasting: At level 8, you add your wisdom modifier to your cantrip damage. This includes the cantrips you chose at level 1, and is a really solid boost, coming at the point where your WIS should have hit 20. This potentially increases the average damage of your cantrips by around 50% at the level you get this ability.

Arcane Mastery: Once you reach 17th level, you can choose 4 spells from the Wizard list, one each at levels 6, 7, 8, and 9. These count as Domain spells, meaning you always have them available.

The amount of utility this offers is incredible. The Wizard spell list is the strongest and most comprehensive of any class, and getting to choose 4 spells to keep, permanently, is a massive boon. Plus, it gives you access to Wish, possibly the most broken spell in the game.

The Arcana Cleric thrives in their role as a full caster, laying down party-wide buffing spells and disabling key enemies with their Cleric spells while shutting down enemy mages and arcane creatures with their subclass abilities.

The Arcana Cleric is a solid choice in most situations, with a high level of overall power, but has the potential to be absolutely overbearing under certain circumstances. Encounters that are heavy on the enemy types that Arcana Clerics gain benefits again, or against single spellcasters who want to try and disable and debuff the party, will find an implacable enemy standing across from them.

Hostile spells fizzle, bounce, and fade away, and high-level demons will find their abilities failing over and over again if they can even get close to the party, to begin with.

But no matter what your party is doing, the Arcana Domain has a strong spell list that’s always backed up with the toughness, healing ability, and utility, of any Cleric.

The Arcana Cleric is designed mainly to cast spells, and unlike a lot of Cleric subclasses, isn’t comfortable on the front lines unless specced specifically for it. Even then, it’s likely they won’t excel in the same way a War or Tempest Cleric might.

The Cleric spell list traditionally also lacks blast options. Spells that deal direct damage tend to lag behind other spellcasters in terms of raw numbers, and normally only come in Fire and Radiant damage types. You can fix this at a high level, stealing key spells right out of the Wizard spellbook, but until then it’s Flame Strike all the way.

Lastly, Arcana Clerics have limited skill slots, and tend to suffer when it comes to out of combat roles. It’s best to build towards being good at one or two key skills and letting your party cover the rest.

Harengon: Choose your stats, free Perception proficiency, a bonus to initiative, and the ability to move outside of threatened squares without provoking attacks of opportunity several times per day add up to a great caster package.

Fierna Tiefling: Good stats, especially if you take associated CHA skills, fire resistance, darkvision, and a whole bunch of once per day spells that the Arcana Domain doesn’t otherwise have access to lean towards a more social build.

Joking aside, the Arcana Cleric skill list offers several key skills that the party will need. The naturally high Wisdom of a Cleric means that your Perception should be high, and skills like Insight and Medicine, which also use WIS, are great options.

An Arcana Cleric might also lean towards the bookish aspect of the class, choosing knowledge skills like History or Religion to shore up holes in the party skill list.

It’s worth remembering that, as a Cleric, Arcana Domain characters also have access to the Guidance cantrip, which gives a bonus to any skill check taken, as long as you have time to cast the spell.

Metamagic Adept: Metamagic is the key ability of the sorcerer. Things like Twin Spell let you pair up key buffs or disables, and this feat lets you choose two metamagic options and gain 2 sorcery points to power them with.

Fey Touched: Boost your WIS by 1 and learn Misty Step and any other level 1 divination or enchantment spell. Each can be cast once for free and cast again using your spell slots.

Resilient: Arcana Clerics are spellcasters first and foremost, with a big list of spells that require concentration. Proficiency in CON saves helps with passing the key rolls when they’re needed most.

Acolyte: Two solid Cleric skills (Religion and Insight) and two languages make the acolyte a reliable background for any cleric, Arcana Domain included. Entry into temples is a bonus and one that plays into the subclass nicely.

Guild Artisan: If you lean towards being a social character, the Insight and Persuasion offered by the Guild Artisan are a good base, and the language and choice of any artisan tool are decent fluff.

Folk Hero: Both skills (Animal Handling and Survival) key off of Wisdom, Artisan’s Tools, and Land Vehicle proficiency are flavorful and fun, and being welcome amongst common folk everywhere is a massive benefit to your party.

Circle of Stars Druid: Two levels of Circle of the Stars adds tons of power to an Arcana Cleric. The Star Map feature gives you a free cantrip and spell (Guidance, and Guiding Bolt) and the ability to cast Guiding Bolt for free several times per day. That’s already good.

The real power comes from the Starry Form feature. It uses your Wild Shape (which you can also still use if needed) to offer one of three effects, all of them good: Bonuses on concentration checks, extra HP restoration whenever you heal, or 1d8+WIS ranged damage as a bonus action.

Tie that to a two use resource that comes back on a short rest, and you’re adding a ton of power to things that you already wanted to do.

Arcane Trickster Rogue: The Arcana Cleric pursues magical knowledge, and sometimes that knowledge is held in secret behind lock and key. So what’s a person to do except break in there and steal it for themselves?

You trade in some spell progression, but the Arcane Trickster adds a huge amount of versatility as a multiclass. Skill proficiencies and Expertise, Cunning Action for tons of mobility, extra spells, and the ability to cast Mage Hand at 30ft range add up to a Cleric that’s suddenly as useful out of combat as they are in a fight.

Horizon Walker Ranger: The Arcana Cleric isn’t designed to be a front-line warrior, but if you want to play a more active role in hunting down magical threats, the Horizon Walker gives you the ability to detect planar portals, more spells to protect yourself with, and bonus damage on attacks.

Even 1 level of Ranger gives you abilities related to hunting down specific types of enemies, and if you’re set on going melee, the ability to pick Booming Blade or Green-Flame Blade as one of your free Arcana cantrips means your damage still stays competitive, even into higher levels.

Would I recommend playing an Arcana Domain Cleric?

For something that sounds very narrow in scope, the Arcana Domain has a very broad range of abilities, most of which will see some use no matter the campaign.

There’s no denying the fact that the Arcana Domain comes into its own against spellcasters and outsider-style enemies, and if you know your campaign will feature these things, then the subclass becomes a much simpler choice.

But everything the Arcana Cleric offers is powerful and effective, building on the solid base of the class to create a spellcaster that can walk into almost any situation comfortable in the knowledge that they have the tools to deal with it. 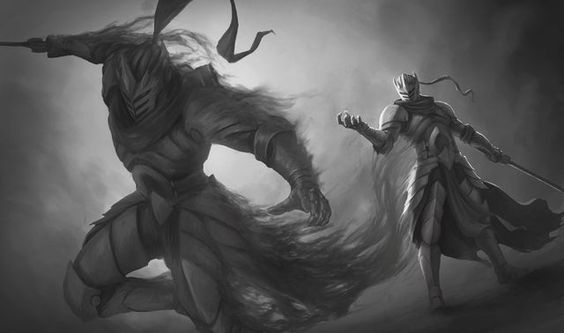 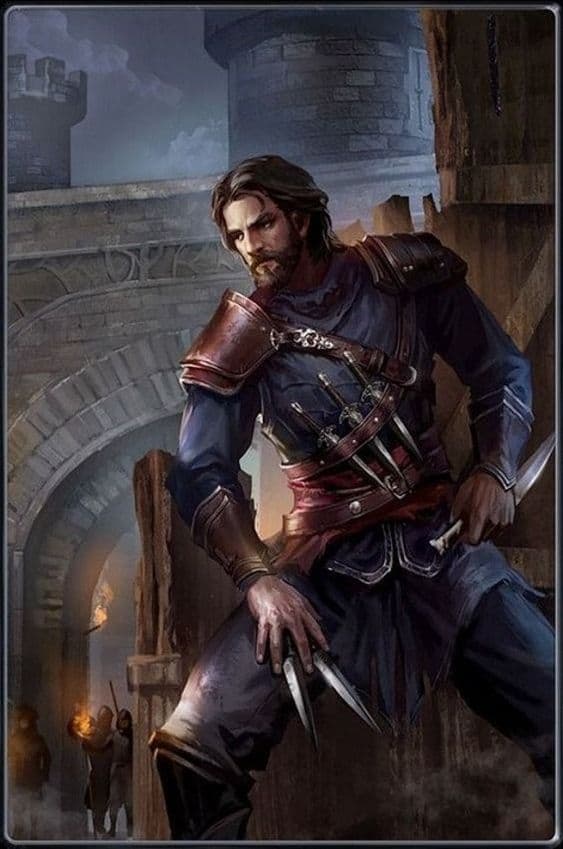 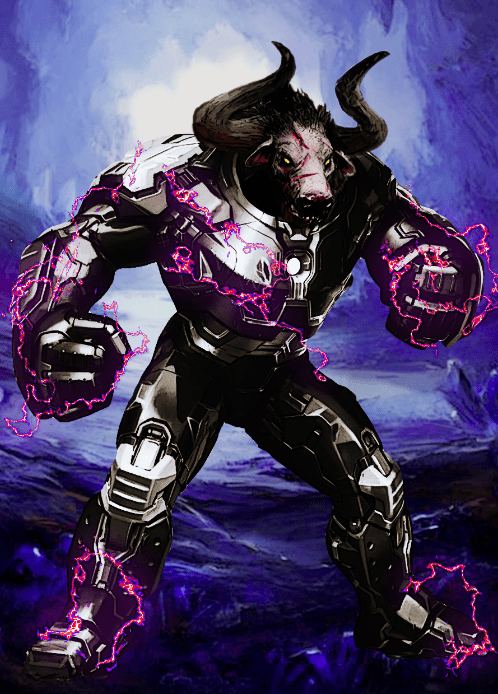 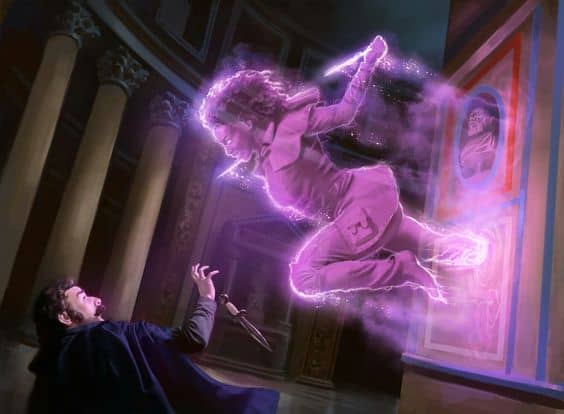 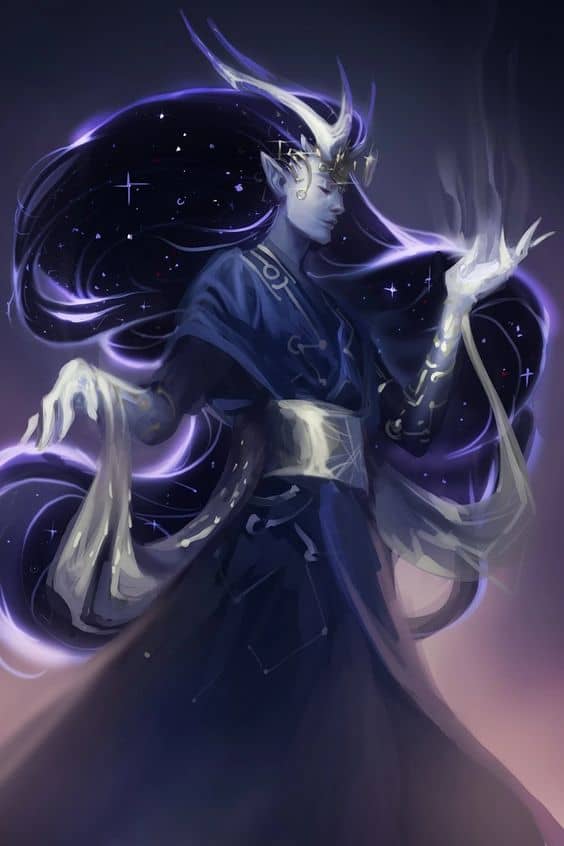